On the last Friday of half term, Year 4 decided to hold a Tudor banquet. The children had researched the foods eaten by the rich Tudors, compared the foods to the those eaten today, and planned a Tudor menu for the afternoon's meal.
As the feast was to be set in Tudor times, the children researched the clothes worn by the rich at Henry VIII's court and then dressed accordingly. Throughout the morning, they participated in Tudor games and activities; quoits, tennis, cup and ball, skittles, dice, mounting and dismounting a horse as a knight would have done, playing football and practicing their hunting skills with a javelin.
On top of all that, the class decided that they wanted to make the banquet more authentic, with music and dancing. As such the children learned a Tudor dance which they performed to their parents at the end of the afternoon.
It was a fabulous day and one which we will all remember for a long time. 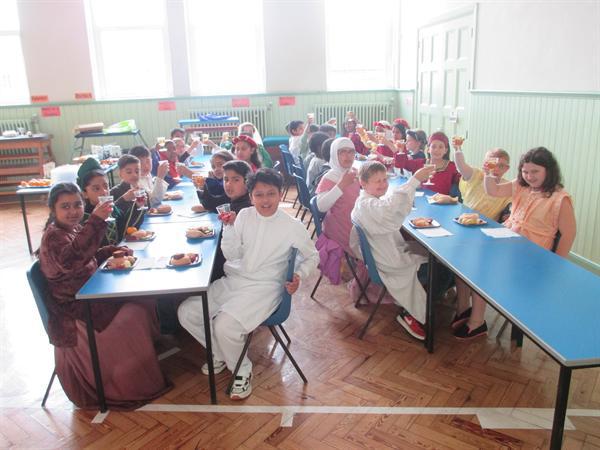 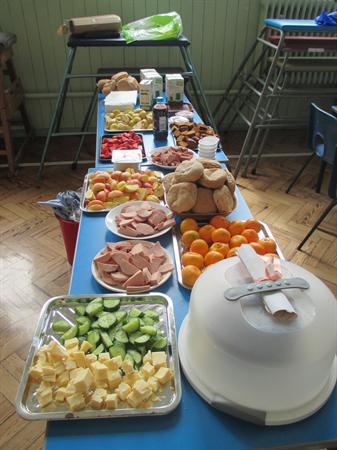 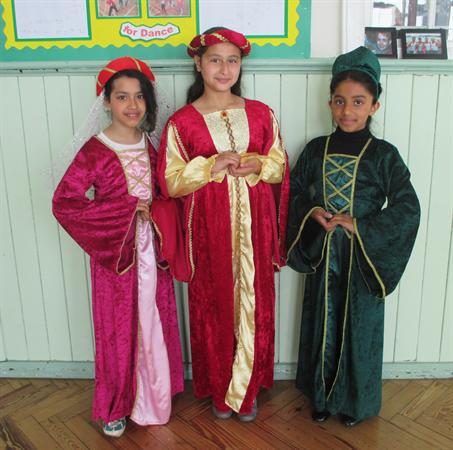 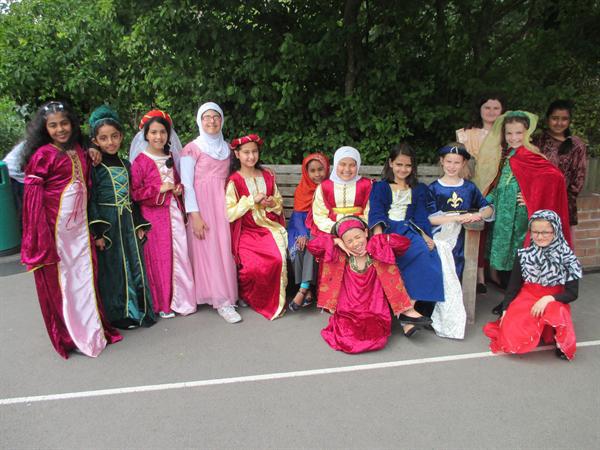 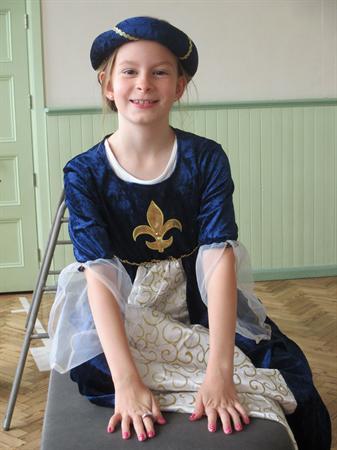 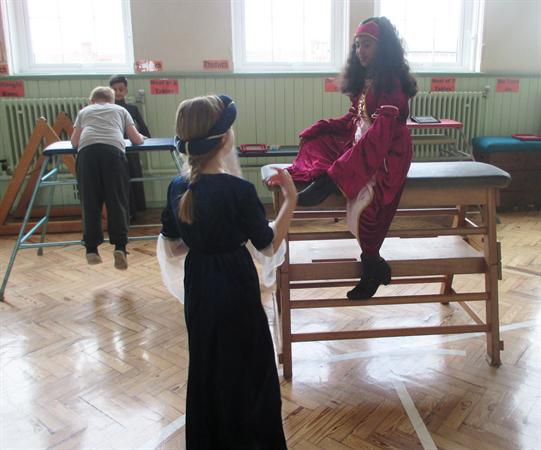 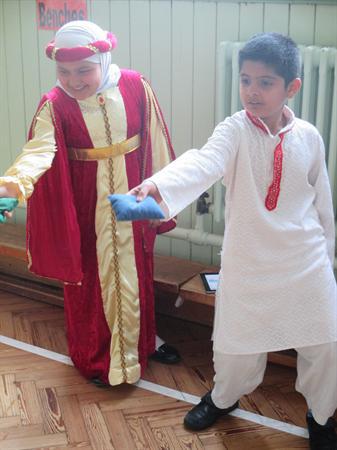 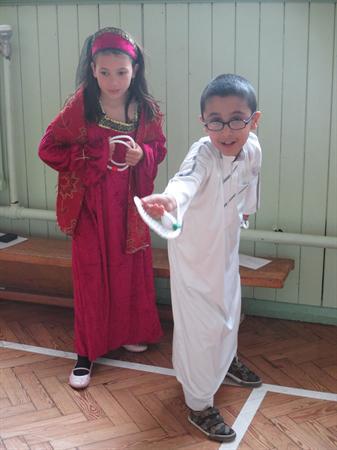